We have been asking the wrong questions over the last year

Today Boris Johnson, announced his “Cautious” plan to ease the country out of lockdown, it starts with all children returning to school on  March 8th as they try to convince of two things: Schools are safe and  infections are spread in the hospitality sector;

You can question whether the government are following the science, there are arguments for these things (such as children don’t feel the effects as severely, and it’s less transmissible outdoors) but ultimately the only way to see if they are prepared to follow the science is if they are willing to roll back their timetable in the even that infections sky-rocket when schools open as they historically do. 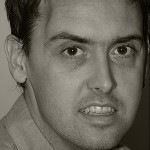